Steven began acoustic guitar lessons at the age of 8 at "Wheaton Music," and switched to classical guitar two years later after coming across a couple old records of Andres Segovia and Narciso Yepes in his father's record collection. He subsequently continued his in-depth study of classical guitar with concert guitarists Jan Filip, Larry Snitzler and Myrna Sislen. He has also performed in master classes with guitarists Frederick Hand, Michael Cedric-Smith, and the late Roland Dyens, as well as in a series of master classes in music interpretation with the eminent Italian-Uruguayan composer Guido Santorsola at Northern Virginia Community College. He also studied harmony with the composer-in-residence at George Washington University, Robert Parris. He has released two CDs of solo guitar music, and has completed a third CD, currently in the production phase.

First, I understand that communication is key, and that one needs to communicate in a way that kids can relate to, which may be different from one to the other. Second, having begun lessons as a child myself, I have a good sense of what it's like to begin lessons at a young age, including the challenges, as well as the joys, encountered along the pathway from beginner to advanced level. 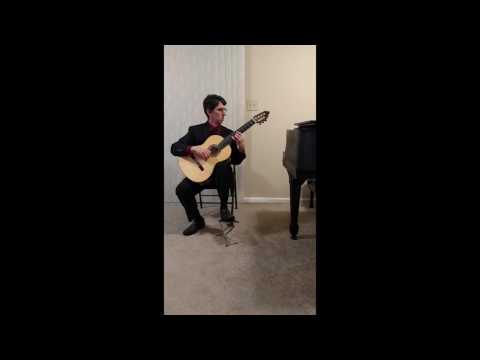